Two anonymous artists have created more than 500 faux IUDs that are shaped like President Donald Trump — with hands that they say represent his ‘grab ’em by the p***y gesture.’

The prototypes for the ‘Trumpcare IUD‘ are hanging on an orange wall at the SSHH center in New York City‘s East Village where the art installation is on display from September 13-15.

‘We wanted to make a physical embodiment of the horror that is Trump,’ one of the artists told Insider of the inspiration behind the spoof birth control. 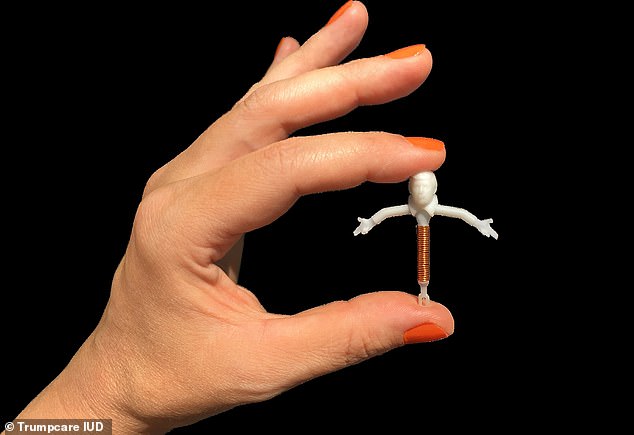 Sticking it to him: Two anonymous artists have created more than 500 faux IUDs that are shaped like President Donald Trump 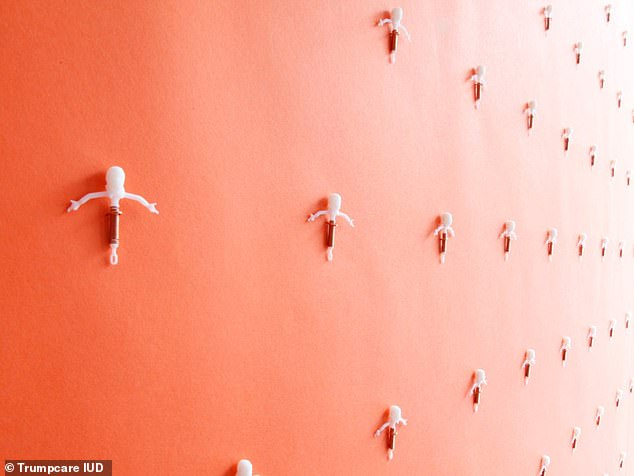 Exhibition: The prototypes for the ‘Trumpcare IUD’ are on display at the SSHH center in New York City’s East Village from September 13-15

The collaborators started working on the concept right after Trump was elected president, with one of them explaining that they wanted to show their shock over the leader of the free world having a history of alleged sexual assault.

They studied ‘a lot of Trump pucker face’ while coming up with the design, and with the president’s ‘grab ’em by the p***y’ scandal still in mind, they shaped his fingers to look like he is making a grabbing gesture.

The artists developed the final design using a 3D modeling program before printing the plastic in China.

Wrapping the copper to create the finished product was a tedious task, and they invited people to ‘wrap parties’ twice a week for a month straight to get the prototypes done.

They also created a satirical website with information about the faux birth control in which they claim the ‘Trumpcare IUD is the only IUD that’s been FDA-approved and clinically proven safe and effective for over 3 weeks.’ 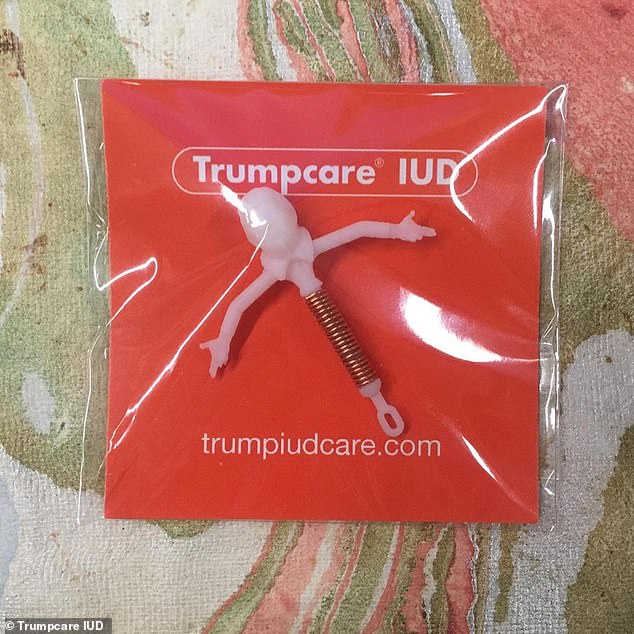 One for everyone: The spoof IUD is also being sold in individual packets for $5 apiece with half the profits being donated to Planned Parenthood

The artists said they have yet to face any legal trouble for their website thanks to the satirical nature of their product.

‘We wanted a deadpan tight design which showed the IUD as a credible medical device launch,’ they told Insider.

The spoof IUD is also being sold in individual packets for $5 apiece with half the profits being donated to Planned Parenthood.

The IUD packs each come with a warning saying they are ‘not for medical use,’ but the artists have toyed with the idea of making them usable. 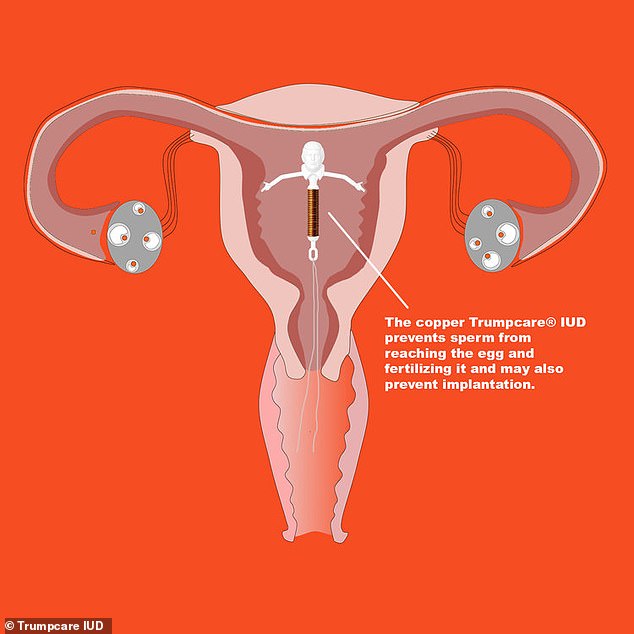 How it would work: The two artists created a satirical website with information about the faux birth control 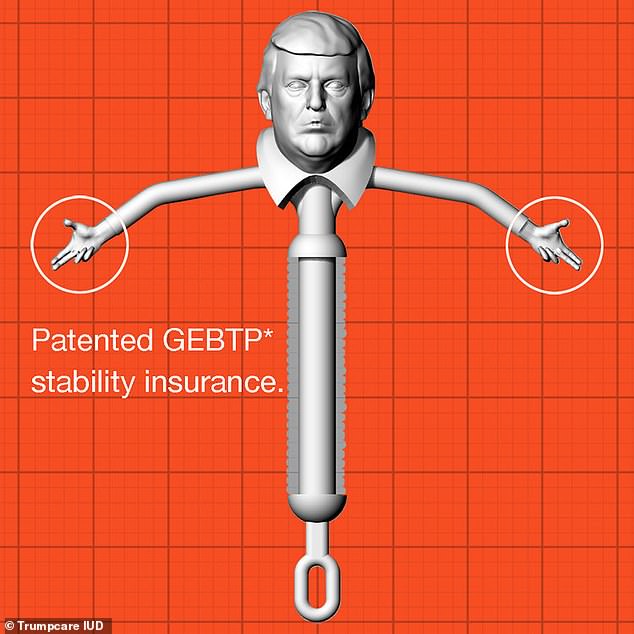 Added touch: The mock contraception is designed to look like Trump making a ‘grab ’em by the p***y gesture (GEBTP)’ with his hands

“We even have a volunteer who wants to use it as her IUD, but it’s controversial,’ they said.

The creation of an IUD mocking Trump is certainly fitting considering the female response to him being elected president.

There was a sharp increase in the demand for long-acting birth control in the weeks after Trump’s election in 2016, according to a research letter published in JAMA Internal Medicine in February.

The analysis proposes the 22 per cent uptick was brought on by concerns about access to contraception if Trump went through with his promise to overturn the Affordable Care Act.

In 2017, the Trump administration announced a sweeping rule that would allow employers to decide whether they wanted to cover birth control through insurance.

However, a federal judge in Pennsylvania issues a nationwide injunction against the rules, blocking them in all 50 states in January.

Honest As I Am Curly Hair Products Review by Lana Summer