Crown Princess Victoria of Sweden cut a stylish figure as she donned a navy velvet suit for a royal visit in Stockholm today.

The heir to the throne, 42, was joined by her husband Prince Daniel, 46, for a meeting at The National Board of Health and Welfare in Stockholm.

Crown Princess Victoria donned a trendy navy double-breasted velvet jacket for the appearance, which she paired with matching trousers.

She appeared to coordinate with husband Prince Daniel, 46, who also dressed to impress in a sleek blue suit, paired with a black polo neck. 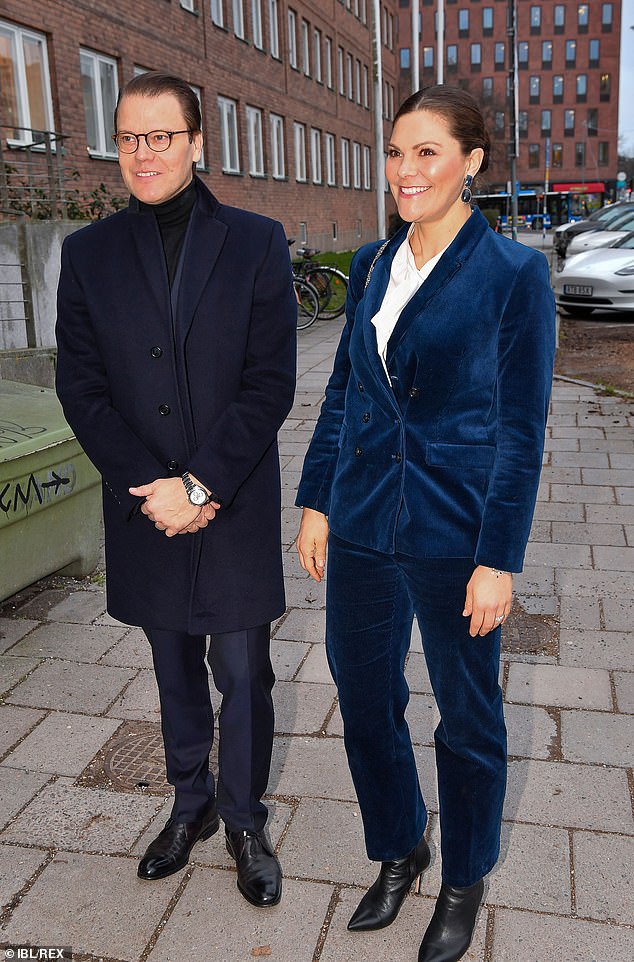 Crown Princess Victoria of Sweden, 42, cut a stylish figure as she donned a smart navy velvet suit for a royal visit today in Stockholm with her husband Prince Daniel, 46 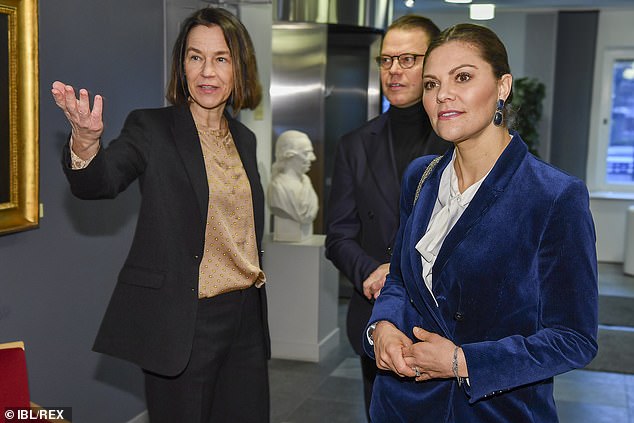 The royal and her husband met with director-general of The National Board of Health and Welfare, Olivia Wigzell Crown, during their visit (pictured together)

The royal completed her outfit with a white pussybow blouse and wore black pointed ankle boots for the occasion.

She complemented her natural beauty with a light layer of make-up and wore her brunette locks swept back in her trademark high bun for the visit.

The mother-of-two added to her all-blue look with a pair of dangling blue earrings.

The couple appeared relaxed as they arrived for the visit in Stockholm before meeting with staff from The National Board of Health and Welfare. 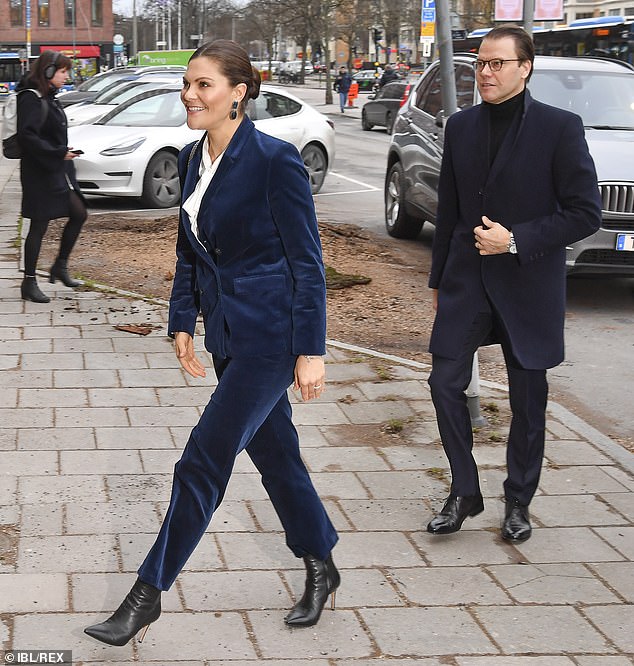 The royal donned an eye-catching velvet two-piece for the occasion, while her husband matched her with a smart navy suit

They were seen chatting with director-general of The National Board of Health and Welfare, Olivia Wigzell, and Vice Chair Charlotta Gustafsson during their visit.

It works to ensure good health, social welfare and high-quality health and social care on equal terms for the whole Swedish population. 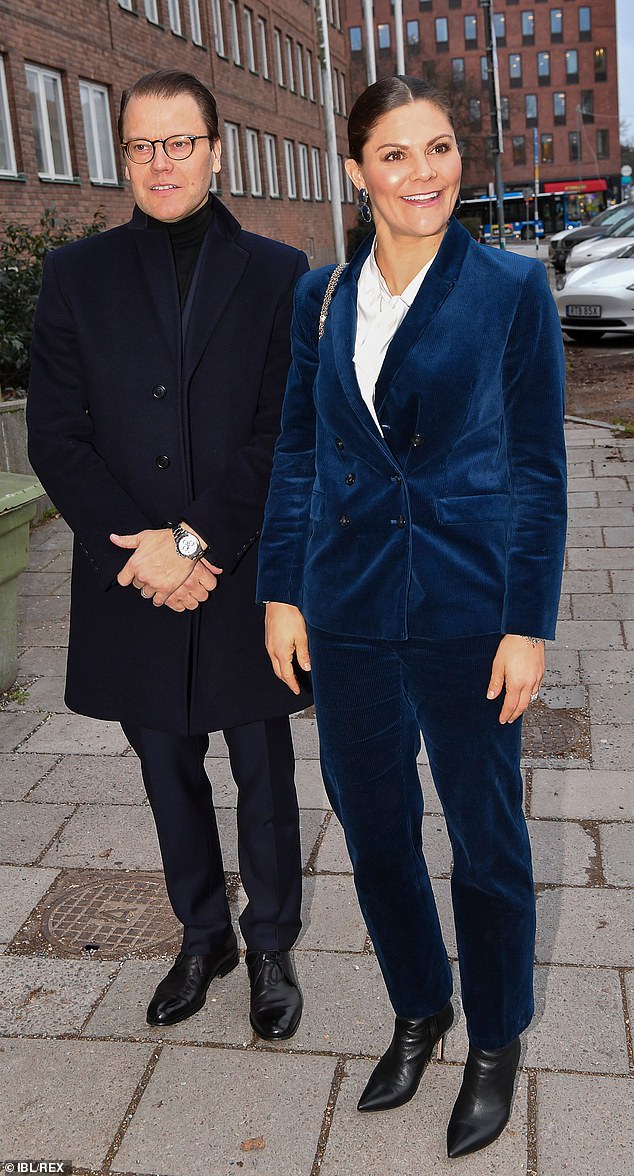 The visit took place just two weeks after Princess Victoria and Prince Daniel’s daughter Princess Estelle, seven, broke her leg in a skiing accident in the Alps during the family’s New Year getaway.

Victoria missed the funeral of Ari Behn, former son-in-law of Norway’s king, in order to stay with her injured daughter after her skiing accident.

The young princess had to undergo x-rays at the hospital and was put in a cast and crutches following her fall. 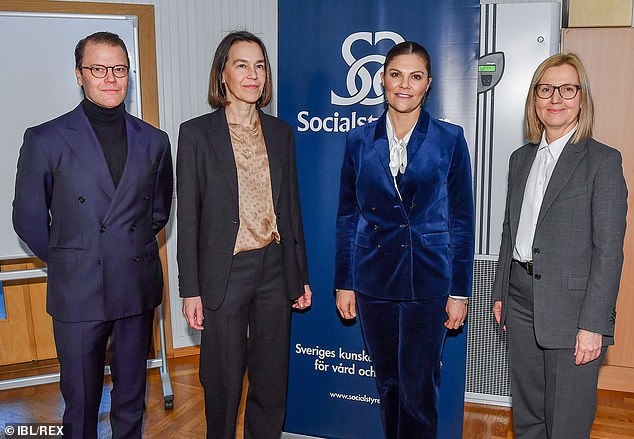 Margareta Thorgen, head of the Information Department at the Royal Court, said in a statement: ‘The court can confirm that Princess Estelle has suffered a fracture of the limb in connection with skiing. She is plastered and otherwise well.’

The young princess is a competent skier, having taken to the slopes from as young as two-years-old.

Prince Daniel, Duke of Västergötland travelled to Oslo alone to witness the burial of Princess Märtha-Louise’s ex while Victoria nursed Estelle at home.

HOW I GAINED WEIGHT | Tips For Skinny, Petite Girls Who Struggle to Gain