A farmer who has the internet lipoma record with his 12lb ‘melon-sized lump’ has it removed in Dr Pimple Popper.

Tonight’s episode of the TLC show features Tim, 59, from the US, who has worked as a farmer for the best part of 40 years.

However, for the past decade his work and social life have suffered as a result of the gigantic lump growing on his back – which has dramatically increased in size over the past 10 years.

‘Now, it’s probably as big as a cantaloupe and I’m just thinking, how big will it get?’ a worried Tim admits.

Tim’s lump is heavy and awkward, and makes his work as a farmer a daily challenge.

‘I grew up on a farm and you have to do a lot of hard work,’ he explains. ‘Now, the lump is in the way. Driving a tractor, it hurts. I can’t put a whole lot of pressure on it. It gets uncomfortable real quick before you know it.’ 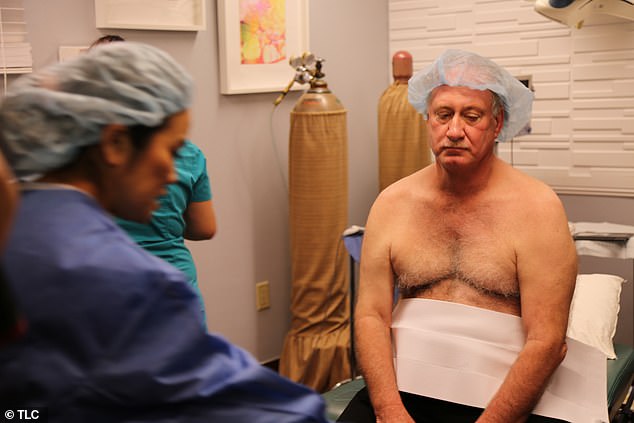 Tim (pictured), 59, from the US, gets his 10-year-old back lipoma removed in tonight’s episode of TLC’s Dr Pimple Popper 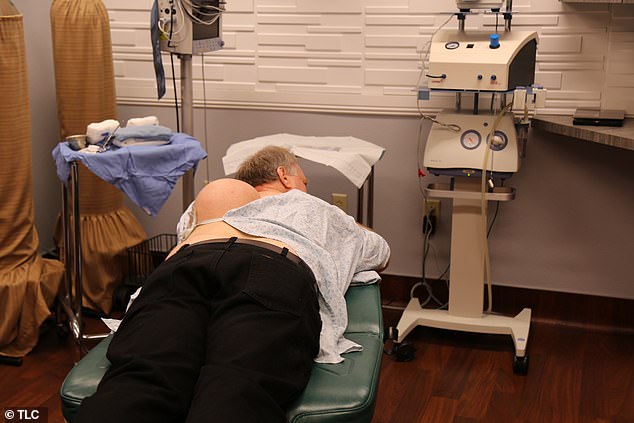 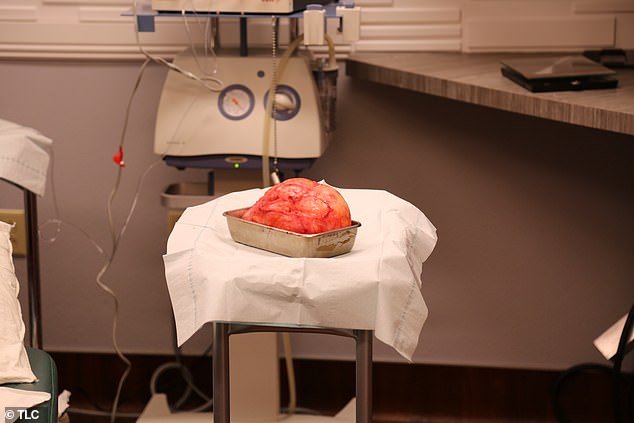 A budding bachelor with no wife or kids, Tim also feels like the lump has put his love life on hold.

‘I don’t go out to town, or a bar or meet people because of the lump,’ he reveals, admitting he often doesn’t attend social events with his friends out of embarrassment.

‘If I can get this removed, I could go out more socially, date more and working would be a lot easier on me,’ he says.

Having been to the doctors on multiple occasions, Tim knows that the lump is a lipoma, but has been reluctant to have it removed.

WHAT IS A LIPOMA?

Lipomas are non-cancerous lumps caused by an overgrowth of fat cells.

They can form anywhere on the body, but are most common on the neck, shoulders, abdomen and back.

They are usually just under the skin, shaped like a dome and soft to touch.

Doctors are unsure of what causes lipomas, but believe it may be due to an inherited faulty gene or physical trauma

Most do not cause any pain unless they are deep in the body and press on nerves or organs.

If a lipoma affects the bowels, it may cause constipation and nausea.

Most lipomas do not need removing, but surgery may be necessary if the growth is large, causing symptoms or unsightly.

‘I kept on putting it off, just thinking it doesn’t bother me that much,’ he says.

But now, he’s changed his tune and wants the lump gone so he can get on with the rest of his life.

‘You think you’ve got plenty of time in your life, but then you realise you don’t,’ he admits, anxiously.

And when he pays Dr Sandra Lee a visit and reveals his lump, the expert is lost for words.

‘He’s got this big ball under his skin, this is the biggest thing that I’ve ever seen,’ she says.

‘I don’t know if you have the world record but I think you could be in the running.’

Confident that Tim’s previous diagnoses are correct, Dr Lee decides to try and remove the lump and give Tim back control of his life.

Given the size of the bump, surgery is a long, bloody and grueling affair, made worse by the lipoma’s stubbornness.

Cutting into the lump, she begins by sticking her fingers into the incision and wiggling them around in an attempt to coax the lipoma out.

‘Tim does have a lipoma that is pseudo-incapsulated, but the problem is that it’s stuck and tethered down at the bottom and it’s very hard to get to it,’ she explains. 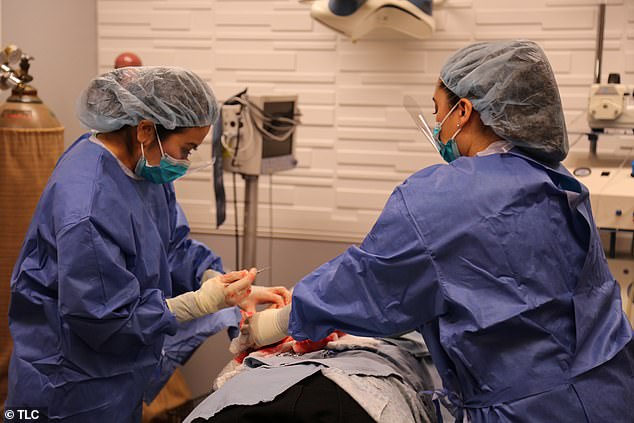 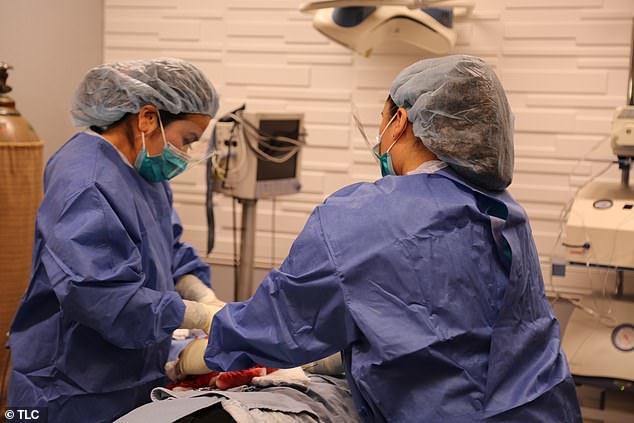 The expert says Tim’s mass is heavier and bigger than her boys when they were born. Pictured, in surgery

After wrestling with the lipoma, she eventually manages to wiggle and remove the ‘melon-sized lipoma’ from Tim’s body.

Popping the enormous mass of fat onto the scales, Dr Lee is astonished t how much Tim’s lipoma weighs.

‘I’ve given birth to two baby boys myself and neither of them were the size or the weight of this,’ Dr Lee says, revealing that the lump weighs over 12lb.

‘You’ve broken the internet lipoma record!’ Dr Lee announces. ‘This is the heaviest mass that I’ve ever removed on somebody’s body – that was like a big baby!’

NEW DRUGSTORE MAKEUP that will BLOW YOUR MIND 🤯

BEST AND MOST SELLING LIPSTICKS IN 2020 // Being Beauty