Cadbury is relaunching its much-loved Marble chocolate in Australia due to massive consumer demand, eight years since it was last sold on supermarket shelves in 2012.

The iconic confectioner announced the return of the popular milk and white chocolate bar in a statement on Friday morning, following months of petitioning from the ‘Bring Back Cadbury Marble’ Facebook group.

Since its discontinuation, Dairy Milk Marble has been the number one request across Cadbury’s Australian social media channels.

Bars will be back on shelves in the next two months as Cadbury staff work to meet huge demand for the blended bar filled with hazelnut praline. 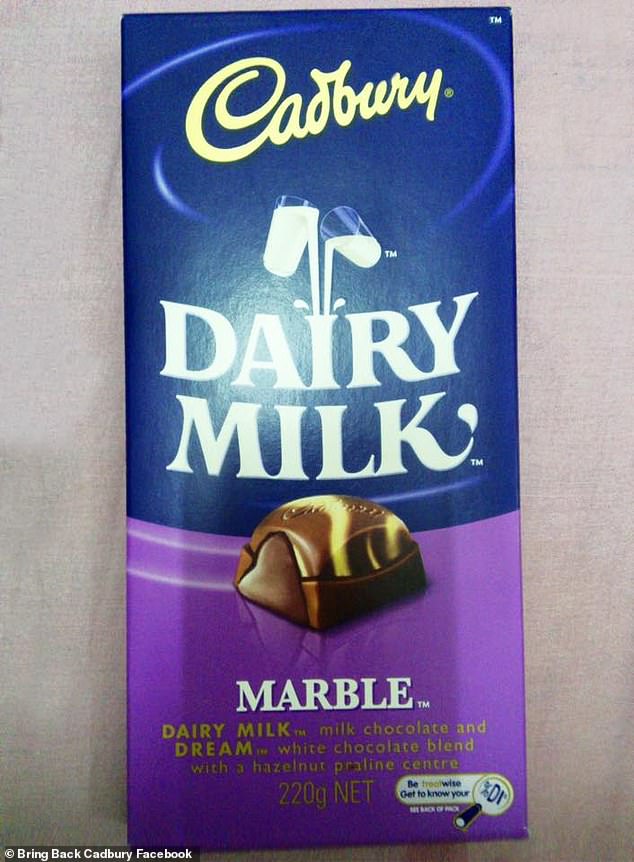 Cadbury is relaunching its much-loved Marble chocolate due to consistent customer demand, eight years since it was last sold on supermarket shelves in 2012

‘Marble fans asked, and we’ve listened! It’s the chocolate Cadbury fans have been demanding we bring back and we’re so excited to see it return into people’s homes and we wanted to ensure that they heard this great news first.’

The announcement comes less than 24 hours after ‘proof’ of Marble’s return was posted on Facebook.

A photo of a large cardboard box, allegedly containing the chocolate,  with a delivery tag labelled ‘Marble Trial 2020’ was shared anonymously with an enthusiastic caption about its relaunch.

‘Our army is powerful… A few peeps have been demanding proof, to quell that lack of faith I deliver you these. Vive La Marble!! We did it,’ it read.

Rumours of an imminent announcement were rife before Friday, with dozens sharing their excitement over the news online. 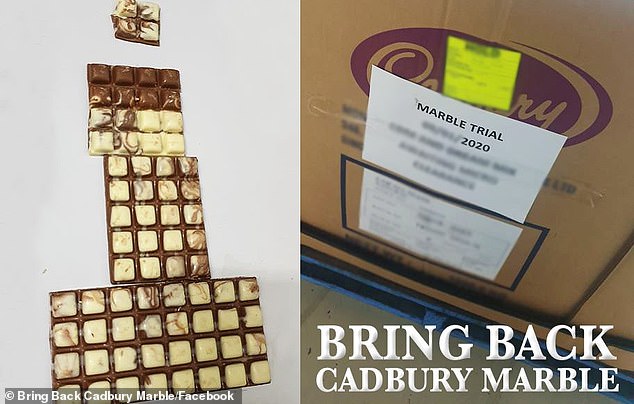 ‘How f***ing delightful I am ecstatic,’ one said.

Another said: ‘Ahhh this is my absolute favourite, I really hope this is true!’

One said: ‘Only 15 weeks ago Cadbury said it wasn’t bringing marble back. I really hope this is true and if it does come back, I hope I’m not disappointed, fingers crossed it is still as good as I remember.’

Another said: ‘I cannot wait. This was my all time favourite.’

And one said: ‘This has made my life.’

More than 20,000 Cadbury Marble fans have been ‘fighting tooth and nail to bring back this classic block of chocolate’ since 2012.

Their hard work has finally paid off.

How To Achieve The PERFECT Twist Out EVERY TIME!!! | Natural Hair

Why Your Relaxed Hair is Breaking Off! | Tips To Stop Breakage