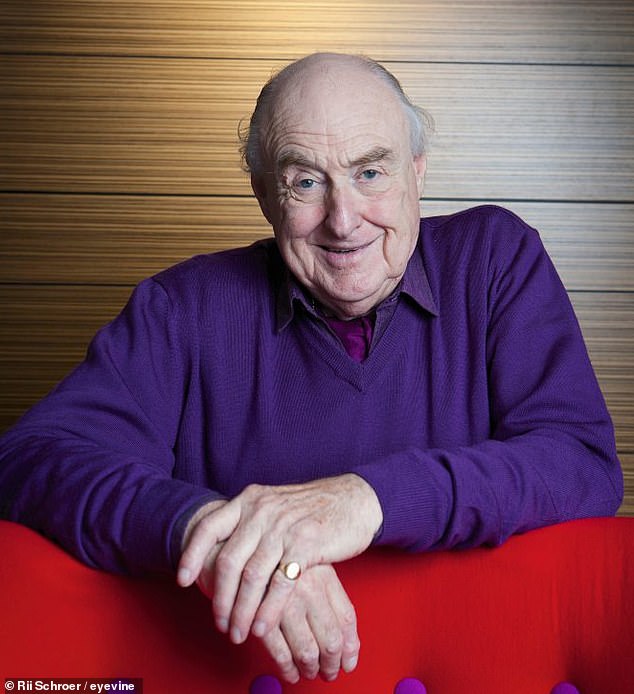 Henry Blofeld, 79, (pictured) reveals the stories behind a selection of his favourite photographs 1941: I had a very happy childhood with two older siblings in Hoveton, Norfolk. My mother Grizel, pictured with me here, was the greatest possible fun. I got on very well with her. All through our lives, we were great friends. I suppose in a way I knew my mother better than my father Tom, who was a more remote figure. He was a very distinguished chap, very tall and superbly dressed 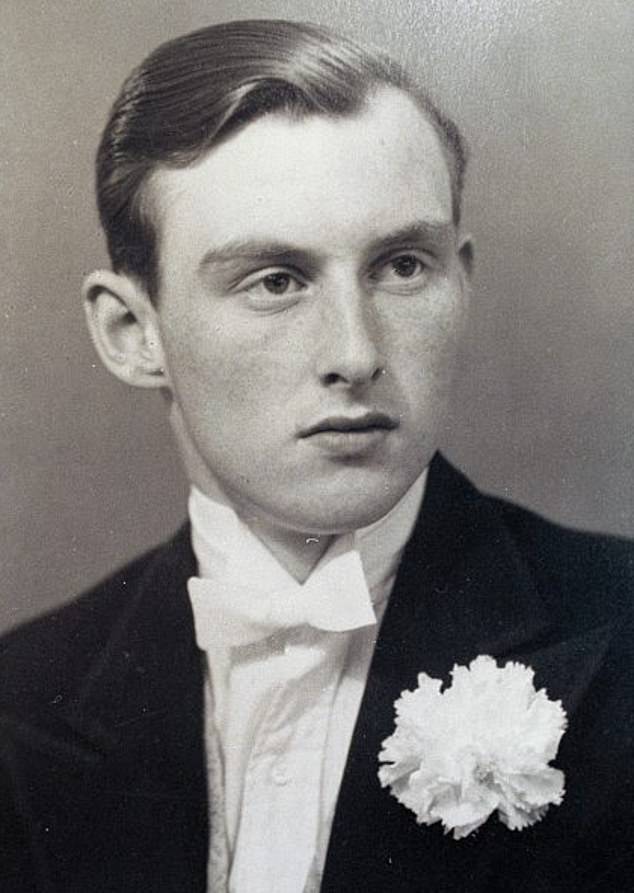 1957: This is my leaving photo taken at Eton. I’m about 17 and three-quarters. I loved it there, but I also enjoyed my time beforehand at nearby Sunningdale prep school. At Eton I was in Pop, an exclusive society whose members wore flowers in their buttonhole. This picture was probably taken just a week before I bicycled under a bus and was unconscious for 28 days 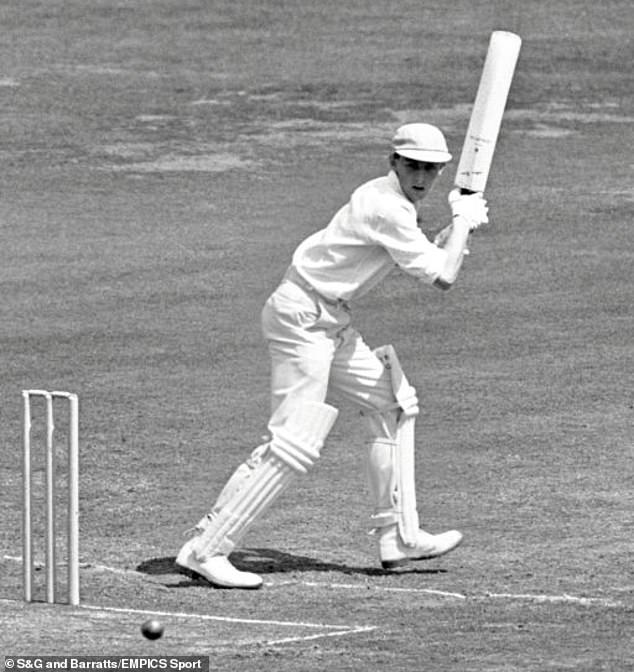 1959: I think it’s fair to say I was a very good young cricketer, as I hit 100 at Lord’s for the Public Schools against the Combined Services when I was 16 and everyone thought I would go on and do big things, but the accident really didn’t do me any good at all. I had 14 brain operations, and wasn’t the same cricketer after that. I was just about good enough to get into a rather poor Cambridge side, as this picture shows. Brain bruising is a funny thing. It goes on for about ten years. My reflexes were never the same again 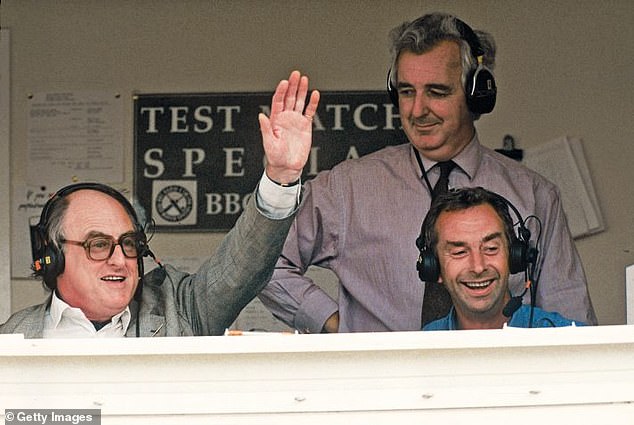 1995: I admired my fellow Test Match Special commentators Brian Johnston and John Arlott, who made the show what it is today. Brian was the champion leg puller in the commentary box, but he had quite a bit of help from David Lloyd – or Bumble, as he is widely known. On this day at Trent Bridge, it was David [pictured, far right, with producer Peter Baxter, centre, and Henry, left] who got me. He was telling me that he could see in the distance a lady holding up a photograph of me and waving to me, and so I waved back. It was all complete nonsense but I fell for it completely. David always played pranks but we were all part of the furniture of TMS, so we were very good friends 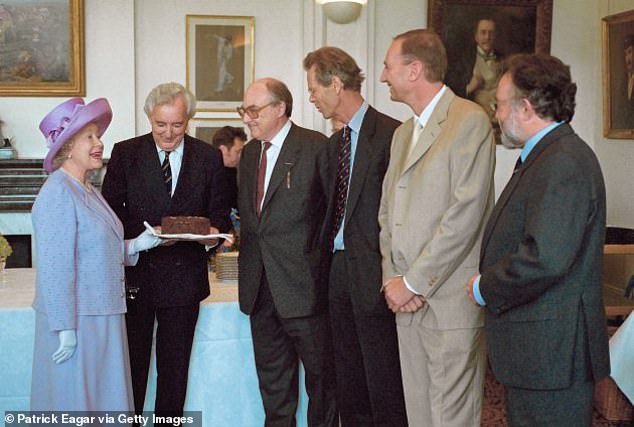 2001: The Queen usually came to Lord’s when there was a Test match on, and on this occasion she brought us a cake from the Palace kitchen. She handed it over to me and Peter Baxter [standing next to the Queen] with a raised eyebrow, saying, ‘They tell me people give you cake.’ It was splendid, with lots of royal brandy in it. There’s been a long tradition of listeners sending us cake – they used to send champagne too, but there’s been no booze drunk in the box for the past 25 years 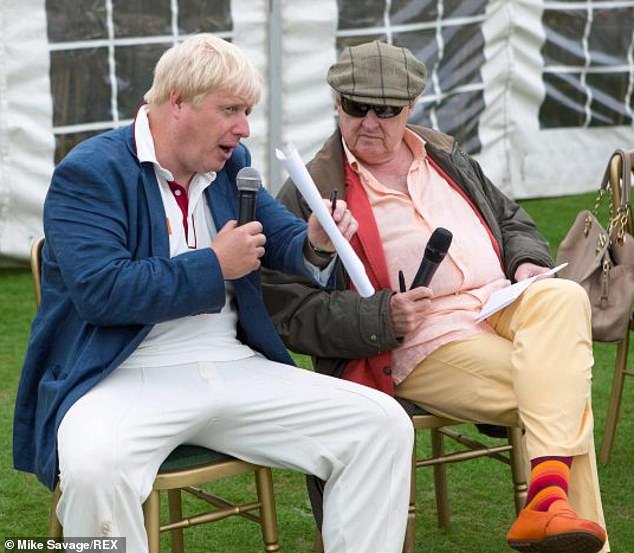 2015: I interviewed Boris Johnson for Test Match Special and I know his father Stanley, so he’s a sort of rather distant friend, and good fun. They both enjoy cricket, and Boris also has some idea how to play. I remember this as a rainy though happy day – it was a former cricket stars versus parliamentarians match, and the stars won quite easily. I did the commentary and they asked me to interview Boris. I think he has star quality 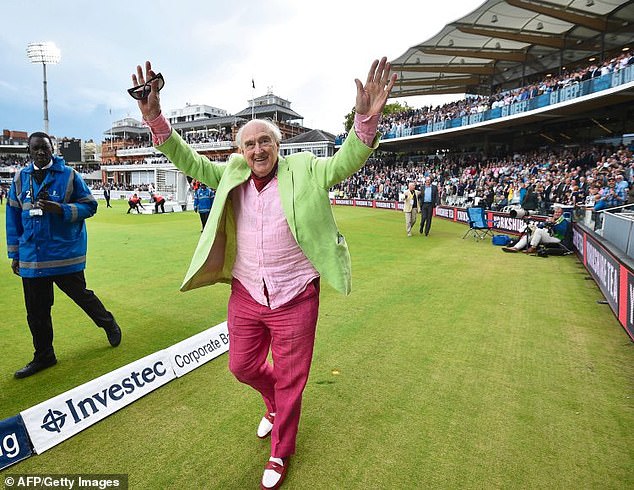 2017: This was my last day of commentary on Test Match Special and I did a lap of honour of Lord’s where 30,000 people stood and cheered me, which was wonderful. In a funny way I was glad it was all over. I had done 47 years on the show and it had changed enormously during that time. I was the last of the ‘old farts’ left and perhaps I no longer quite fitted in – I’m not sure. It was a very happy day and ended with me drinking champagne in the England dressing room, which was great fun 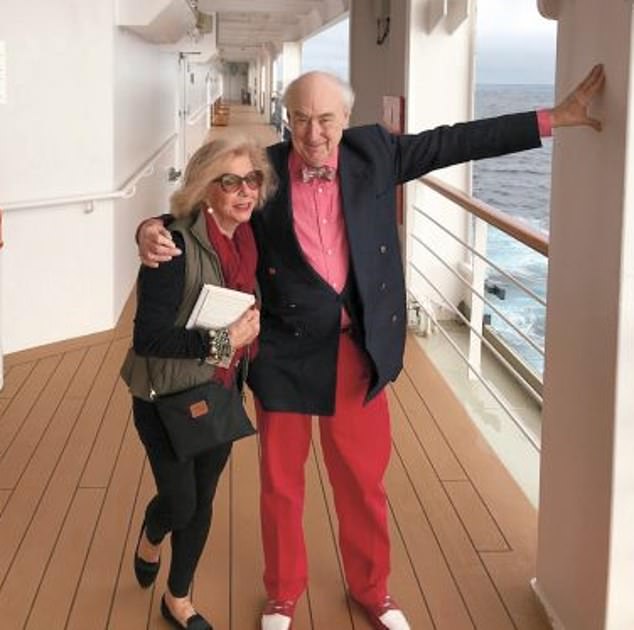 2018: I met my third wife Valeria in 2009 and she has transformed my life. She’s big in the world of fashion – she helped open the Moschino store in Mayfair – and she looks the part. She has converted me to all things Italian and loves cricket. I rest my case! This picture of us was taken on a trip to Barbados

As told to Roz Lewis. Graeme Swann and Henry Blofeld are touring the UK with Dancing Down The Wicket this autumn. Visit dancingdownthewicket.com

The Real TRUTH About JANKY Azz WEED MEN!! All PLUGS Aint Good For You (WATCH NOW) 🍁🌲🔥💨