Sarah Beeny, 48, (pictured) shares the stories behind a selection of her favourite snaps 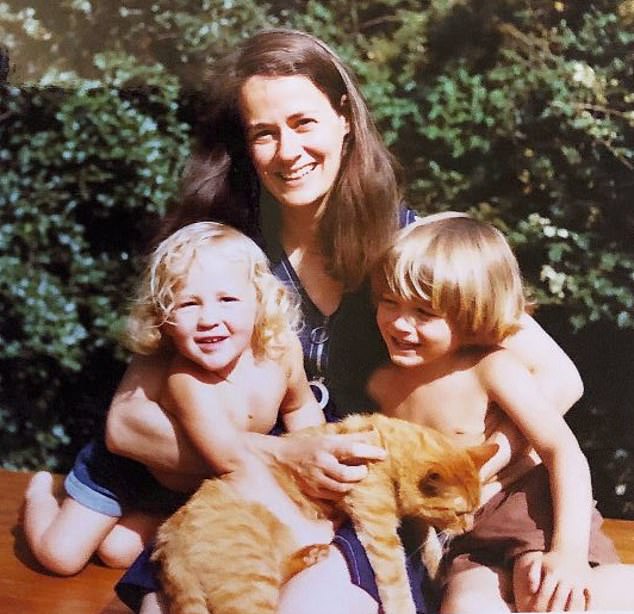 1973: Life was idyllic before Mum, pictured here with me and my older brother Diccon, became ill. She died from breast cancer when I was ten. Death is hard for a child to get their head around but I was close to Diccon and my father, and you just get on with it. The only positive thing about losing her when I was so young is that, to me, she’ll always be entirely perfect 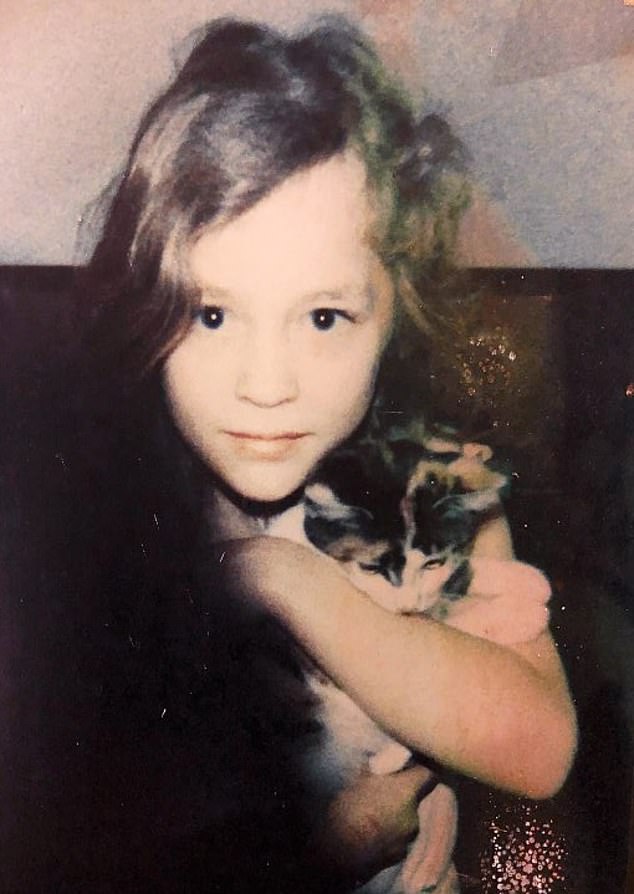 1975: Diccon took this picture of me and, even though he covered half the lens with his thumb, my dad loved it so much that he blew it up and put it on the wall. As a family we didn’t have much money and my parents had a bash at being self-sufficient. It was very much The Good Life. We lived near Reading in two attached workers’ cottages and kept goats and chickens and had a huge vegetable garden 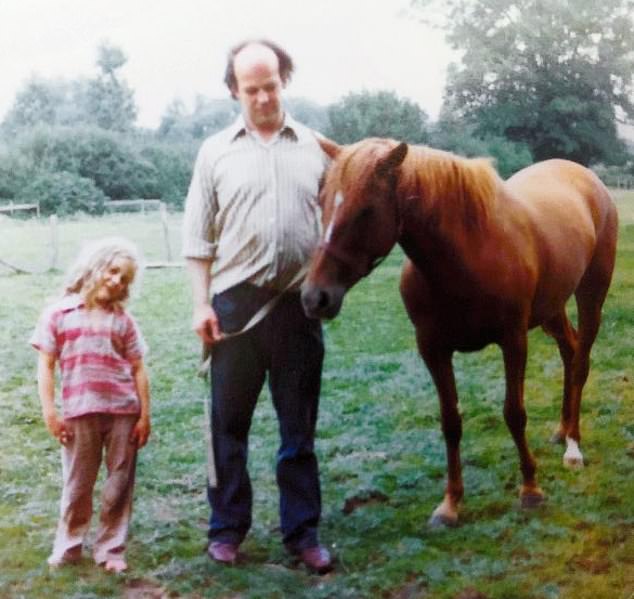 1979: My architect father Richard, here with me when I was about seven, made me aware from a young age that your surroundings affect you. When I was 12, he gave me a £200 budget to decorate my own bedroom. So I bought red paint and striped wallpaper – and it was quite hideous! The wallpaper, which also had hearts on it, was called ‘pretty chic’ but probably should have been called ‘pretty un-chic’ looking back on it! Everything my dad taught me about interiors and building is part of how we live today. He gave me a Reader’s Digest DIY manual when I was really young which was my go-to book 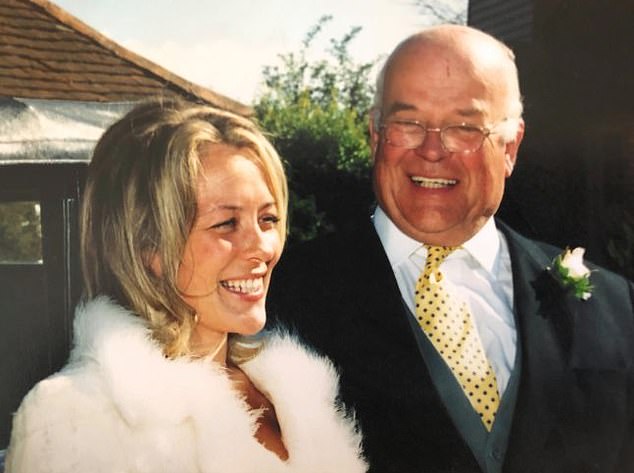 2002: Here I am with my father again, but this time on my wedding day. I’ve been with Graham, my husband and business partner, for 29 years. We met because his sister was going out with my brother; he was 18, I was 19. He was cool and witty with long hair and an earring and he sang in a band – if he’d had an Irish accent too, he’d have been perfect. Graham took ten years to ask me to marry him, even though we’d moved in together within about a week of meeting each other. My brother’s married to Graham’s sister now and both of us couples have four kids – nauseating isn’t it 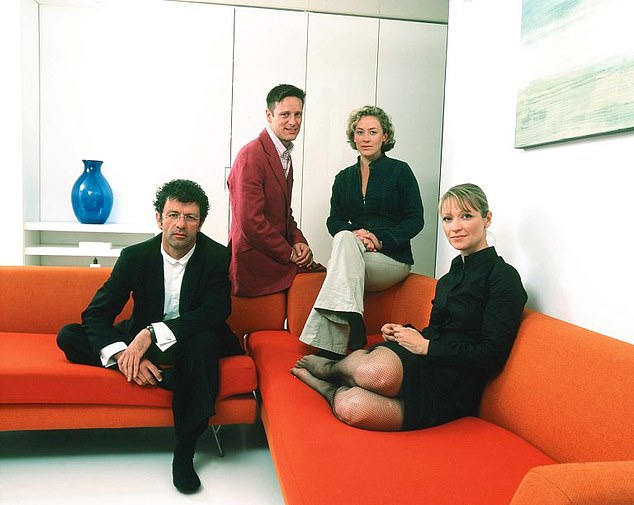 2003: This is me, second from right, on one of my first TV shows, Britain’s Best Home. My TV career came about by chance. I met a TV producer at a hen party and was invited for a screen test at Channel 4. I thought it would be a flash in the pan, but it kept going. I don’t think I’ll ever tire of seeing other people’s building projects. You learn something new from every one you come across. I’m easily bored – as a child I was impatient to grow up and do things – so I like being in an industry which is never the same from one day to the next 2019: Here’s the whole family at Rise Hall in Yorkshire. Graham and I bought the 97-room house in our late twenties, when it was derelict. We wanted to take on a listed building at risk and breathe new life into it. It was magical for so many years, but when we had children I wanted our permanent home to be in London. I feel strongly that historic buildings must be given purpose. So even though it was the end of an era for us, the house is now a thriving wedding business 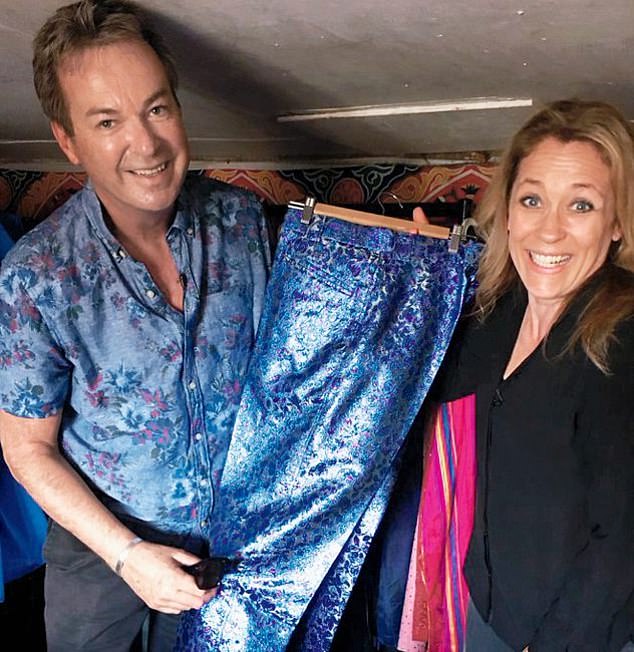 2020: For my new podcast, I’ve been visiting national treasures such as Julian Clary and BBC Radio’s Lynn Bowles and chatting to them about their homes and lives. It’s been such fun because when you’re in someone’s home and only recording with sound rather than cameras people are very open. Julian has an amazing room full of his wonderful costumes – such a treat to rummage through. His brilliant children’s books ‘The Bolds’ are written in his sitting room where Noel Coward used to sit when he lived there 2020: Living with four boys is quite noisy and wild but I wouldn’t change it for anything because my sons are very loving. I appreciate that one day they’ll probably marry, and their wives will hate me and I’ll be miserable. Here we are on holiday in Cornwall – they always complain when I try to get them to line up for a photo. Boys are like dogs, if you run them well, give them enough food and sleep they’re really nice. If you don’t, then they are just completely and totally insufferable

As told to Yvonne Swann. Renovate Don’t Relocate will air on Discovery later this year. Sarah’s podcast, Round The Houses With Sarah Beeny, is on sarahbeeny.com